Joseph Henry first saw the apparatus, designed by M. Melloni, on 29th June 1837[i]. He depicted the apparatus appearance with detail along with the experiments done in his record on that day, “The pile is composed of 32 elements or 32 couples very short not more than ¾ or 7/8 inch long. The whole is not more than ¾ of an inch in diameter”.

However, Joseph Henry only attempted to get one on 29th November 1841 with a letter sent to M. Melloni asking for help with inspecting the quality of thermo-multiplier[ii]. The apparatus was prepared by Ruhmkorff of Paris and it was the same apparatus used for the sunspots experiment. The thermo-multiplier made by M. Melloni was actually an improvement on Leopoldo Nobili thermo-multiplier, which was made of bismuth and antimony. The following diagram below shows the device[iii]. 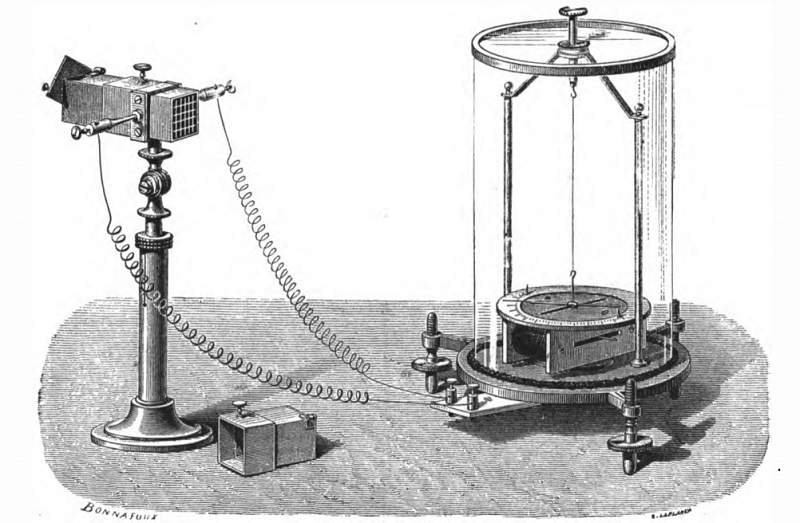 A more detailed description was made in “A Textbook on Natural Philosophy for the Use of Schools and Colleges”, written by John William, in which we can find the following diagram:

The diagram above shows how thermopile is connected by a “zig-zag” manner of alternating types of metals.

The section FF of the diagram above depicts how the thermopile is bundled together in the thermomultiplier to form a bundle of 30 or 40 elements, as mentioned in the book cited above.

Description of the resolution of the Melloni Apparatus can be found from the classnotes of Joseph Henry lecture on Natural Philosophy in College of New Jersey back in 1840s.

From Cameron, Henry notes in 1847, it said “The thermo-electrical apparatus has been used for measuring temperature. A thermometer has thus been constructed, which measure 1/1000 th part of a degree of heat”.

From Frederick S. Giger notes, it said “melloni has constructed a thermometer which gives the 1500 part of a degree on Fahrenheit scale. (See “classnotes” session)