Prominent pieces of equipment Joseph Henry used in his electromagnetic experiments were large flat coils made from- usually- copper ribbon. According to Contributions #3, the largest of these coils was 93 feet long and weighed over 13 pounds. Most of the other coils ranged from 30 to 60 feet and weighed considerably less. Henry most famous use of these coils was in the production of induced magnetic fields and subsequent currents in ancillary coils that led to his independent discovery of induced currents. 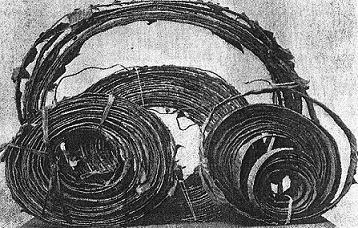 As seen in the picture to the right, Joseph Henry made coils in a variety of sizes using differing lengths of metal and varying radii of the coil. Based upon the historical record and matching approximations, the big coil in the background is probably the 28 foot coil mentioned below, which would make the smaller coils of a similar length since they are more tightly wrapped. Although these coils are not directly accounted for, in his “Records of Experiments,” Joseph Henry does note the construction of a large number of coils that are never fully detailed. These smaller coils are more than likely some of these.

As to the design of these coils, Joseph Henry notes that they were made of thick copper ribbon that was usually 1 or 1.5 inches wide. The copper was then wrapped in silk or other fabric originally obtained from Mrs. Henry’s old dresses. The copper was then bent into a coil of varying dimension based upon its length and purpose. According to Contributions #3, he had one coil that was 93 feet long and 1.5 inches wide. Henry would use it either tightly coiled or as one large loop. He also had multiple 60 foot long coils of a various widths that he also used in his experiments leading to that paper. In addition, in Contributions #2 he references a smaller coil of 28 feet that he also used. For more information on these coils, check out the introduction of Contributions #3 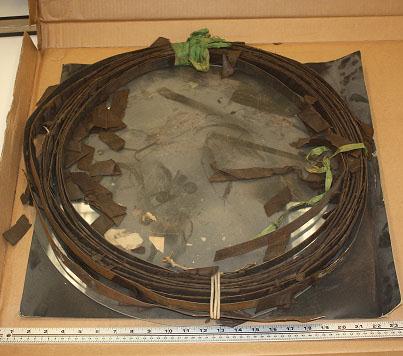 Finally to address the odd iron coil. There exists no historical record of this 28 feet by 1 inch iron coil that is wrapped in cotton instead of silk. However, there is record of a copper coil of the same dimensions used during some of Joseph Henry’s earlier work. One possible explanation for iron coil is that it could have been used in Henry’s experiments comparing copper and iron as conductors. Although copper has a lower resistivity than iron and is not subject to the ferromagnetic consequences of iron, experimenters at the time were not readily aware of coppers superiority as a conductor. 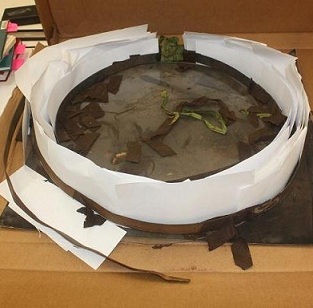