Theories on Electricity and Magnetism of the Era

The information presented below is drawn from R.A.R. Tricker’s book “Early Electrodynamics: The First Law of Circulation” and “A History of the Theories of Aether and Electricity,” by E.T. Whittaker. 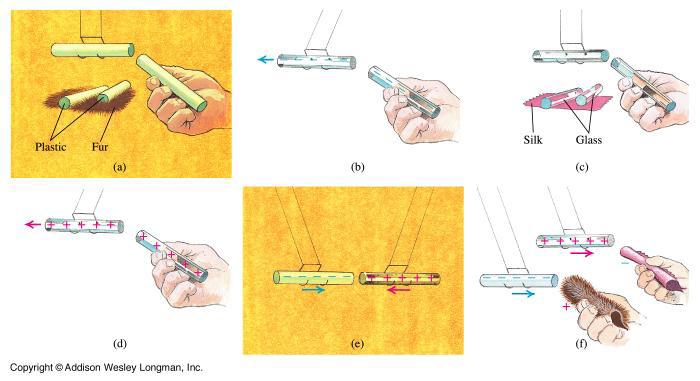 Franklin proposed a one fluid theory, that there was only one electrical fluid, and that the two “types” noted by Du Fay were deficiencies or superfluities of the electric fluid. Thus an object would be electrically charged if it had more or less than the “normal” amount of fluid, respectively positive or negative electricity, and when they met, they combined so that together a body has the “normal” amount of fluid, and is electrically neutral. Whether electricity was composed of one fluid or two was heavily debated for a century.

Analogous theories of magnetism was formed. Magnets were thought to be composed of two types of magnetic fluids, the aural and boreal. A concentration of aural or boreal fluid would be the north or south pole of a magnet, respectively. All magnetic phenomena were attributed to the interactions of these two imponderable (or massless) fluids. Aural and boreal fluid supposedly attracted, whereas like fluid repelled. Charles Coulomb quantified this behavior, using his torsion balance to establish an inverse square law governing the forces acting along the line connecting one molecule of fluid to another. The correlating one-fluid theory was Aepinus’ theory that magnetic poles were superfluities or deficiencies of the magnetic fluid.

Look at the modern understanding of magnetism.