The details of how an LC circuit works is best described by David Halliday in the textbook Fundamentals of Physics (scroll down for Fig. 31-1 and a quick explanation of the circuit):

The capacitor then starts to discharge again but now with a clockwise current (Fig. 31-1f). Reasoning as before, we see that the clockwise current builds to a maximum (Fig. 31-1g) and then decreases (Fig 31-1h), until the circuit eventually returns to its initial situation (Fig 31-1a).”

Thus, this transfer of energy from the electric field of the capacitor to the magnetic field of the inductor and back again is what causes the current in the circuit to oscillate. 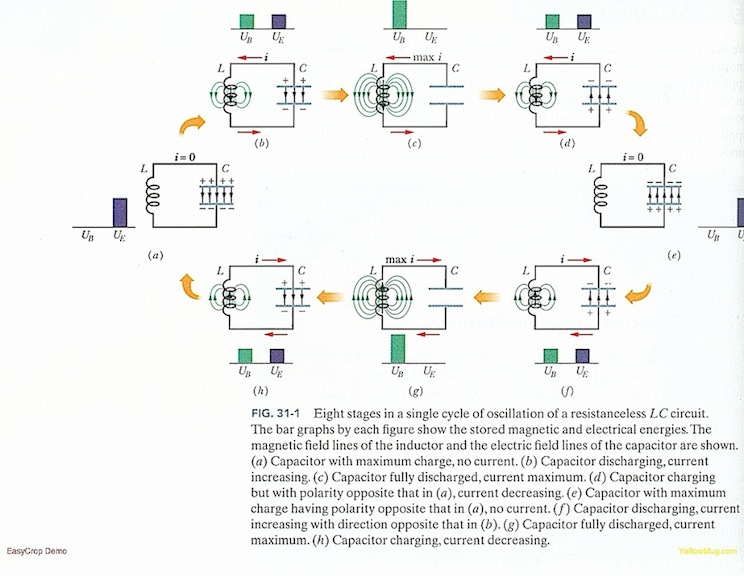