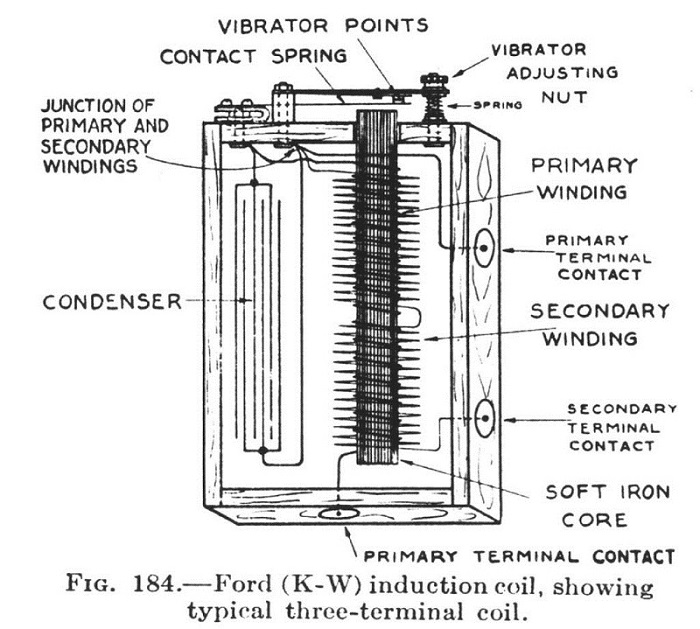 The “buzz coil” contains of two windings of wires wound around an iron core. The iron core is not solid, but rather a bundle of iron wires, in order to prevent eddy currents.

The secondary winding consists of 16,600 turns of a fine-gauge wire wrapped around the iron core, outside of the primary winding. This winding is connected to the spark plug. 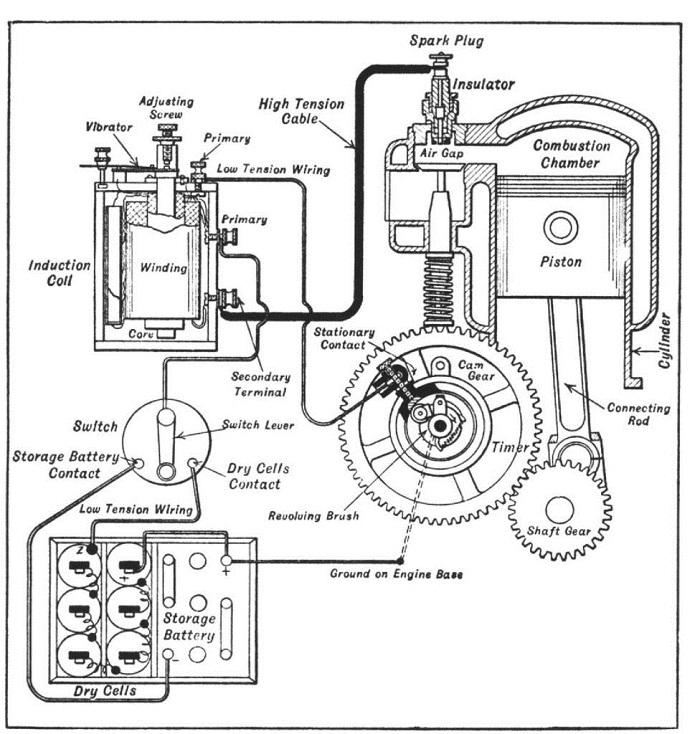