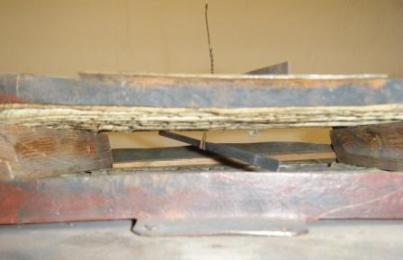 You can see that there is a needle both inside and outside the coil. This is called an astatic galvanometer, meaning that it uses astatic needles. Astatic needles were invented by Ampere to negate the effects of the terrestrial magnetic field. Here is an excerpt from the paper Ampere presented to the Academy of Sciences on the 18th and 25th of September, 1820, where he describes the invention. 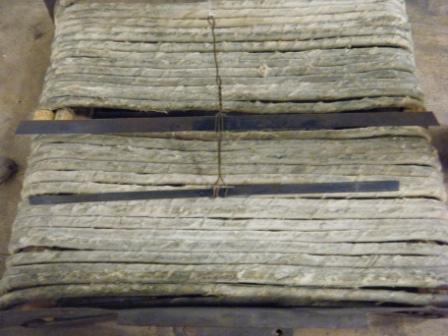 This is what the needles look like after being pulled out of the coil.

Astatic needles are basically two needles of approximately the same magnetic strength, mounted on top of one another. They are parallel, but their magnetic poles are on opposite sides, as shown in the diagram. This way, when inside an external magnetic field, the torque exerted on one needle is equal and opposite to the torque exerted on the other. Since they are connected, the system overall remains unaffected by the field (“Davis’s Manual of Magnetism,” by Daniel Davis Jr).

How they work inside a galvanometer:

The diagram is of the magnetic field of a coil, which is approximately what the field of the coil inside the galvanometer is like. You can see that the magnetic field lines above the coil and within it are going in opposite directions. Magnetic dipoles (the north and south poles of a magnet) align themselves with the direction of the magnetic field lines, going from the north to south pole. Therefore, if a needle outside the coil is oriented antiparallel to a needle within it, the two needles will deflect in the same direction. Since they are connected, the conjoined system will deflect further. Also, in a nonastatic galvanometer, the terrestrial magnetic field serves to continually bring the magnetic needle back to the “base” position, when the needle points due North. With astatic needles negating the effects of the terrestrial field, there is no force bringing the needle back to the magnetic meridian. Again, this contributes to a greater deflection of the needle. Thus, astatic needles make galvanometer more sensitive instruments (“Davis’s Manual of Magnetism,” by Daniel Davis Jr). 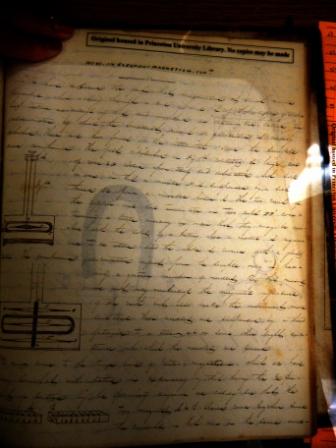 Professor Henry taught his classes about the astatic galvanometer. To the left is a student notebook containing notes on this lecture. To look inside these notes, click on the notebook.