The damped oscillation equation is:

Here is an example of the voltage outputted to the power supply (the amplitude is set to 6 volts): 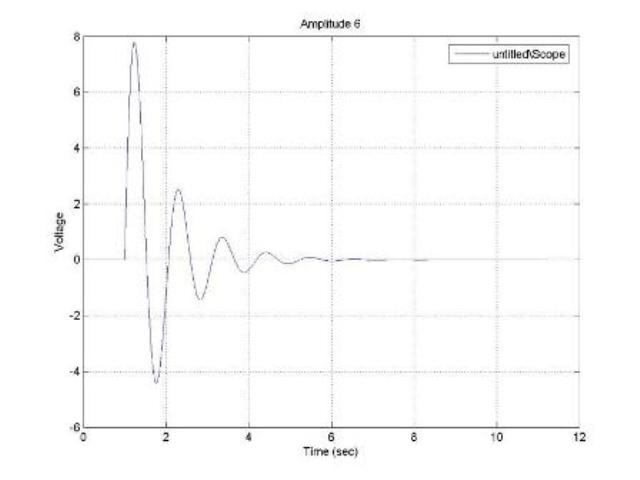 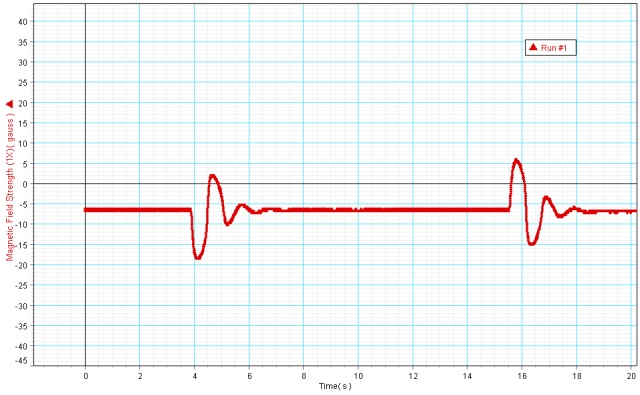 The second graph that I created plotted the magnetic field strength (gauss) vs. volts using an undamped oscillation simulation: 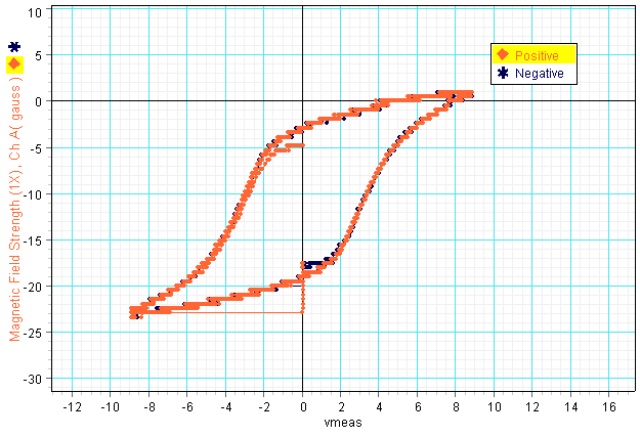 This graph is known as a hysteresis curve, or B-H graph. Click here for more information on what these curves mean. Notice that the graph is not centered at (0, 0). This just means that the magnetic field sensor was not zeroed while the needle was completely demagnetized, but this did not affect our results.

Click on the links below for the data captured while the voltage is set at different amplitudes. This simulates Felix Savary’s experiment of the polarizations of needles placed at different distances from a wire, as mentioned before.

For A Solenoid with 200 Turns

For A Solenoid with 550 Turns

Feel free to send an email if interested in complete data with accompanying graphs.