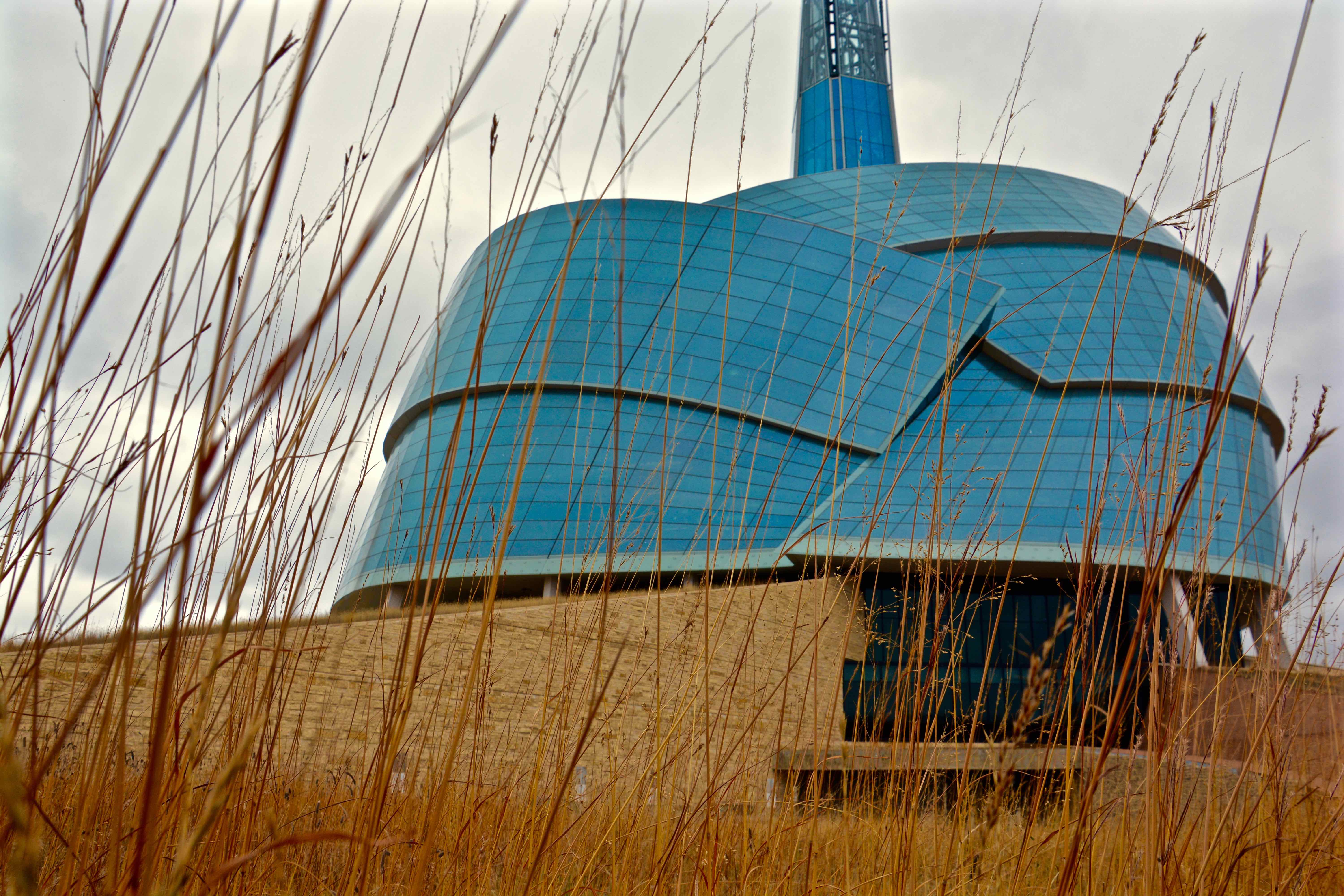 Kit Muir frowns and finishes her second beer. “It’s funny that you’re so enthusiastic about the Human Rights museum,” she says. “The reception here wasn’t nearly so warm.”

The Canadian Museum for Human Rights (CMHR) opened in Winnipeg, Manitoba in September 2014. Built by architect Antoine Predock, it is designed to replicate Canada’s natural scenery and open spaces, including its mountains, prairie skies, northern lights and glacial peaks. The museum aims to explore human rights in Canada and internationally, to enhance the public’s understanding, to promote respect for others, and to encourage reflection and dialogue.

According to Muir, a second-year Journalism student at Red River College in Winnipeg, the Museum faced some early criticism. A 2011 Global News article puts the cost of building the museum at CAN$351 million. “Why put so much money into this?” Muir asks. She describes the human rights violations and the poverty at home that she believes should’ve taken precedence. She also relates the condemnation the museum received for its hesitance to describe the colonization of indigenous peoples as a genocide. The electronic pow-wow band A Tribe Called Red pulled out of the museum’s opening festivities in 2014, and released a statement that summarized their position: “we feel it was necessary to cancel our performance because of the museum’s misrepresentation and downplay of the genocide that was experienced by Indigenous people in Canada by refusing to name it genocide.”

Jodi Giesbrecht, Manager and Researcher at CMHR, explains that much of the early criticism was fueled either by speculations about the museum’s representation of First Nations, or by a poor understanding of its mission. In response to Muir’s criticism of fund allocation, Giesbrecht punts and points to a broader argument. “Every arts and cultural institution faces this question, but it’s not a zero-sum game.”

Asked whether the museum must answer to the government because of its national designation, the curator of the ‘Indigenous Perspectives’ gallery says that the question is asked often, but that in her year at the museum, she has never experienced governmental restrictions on the content of the exhibits. 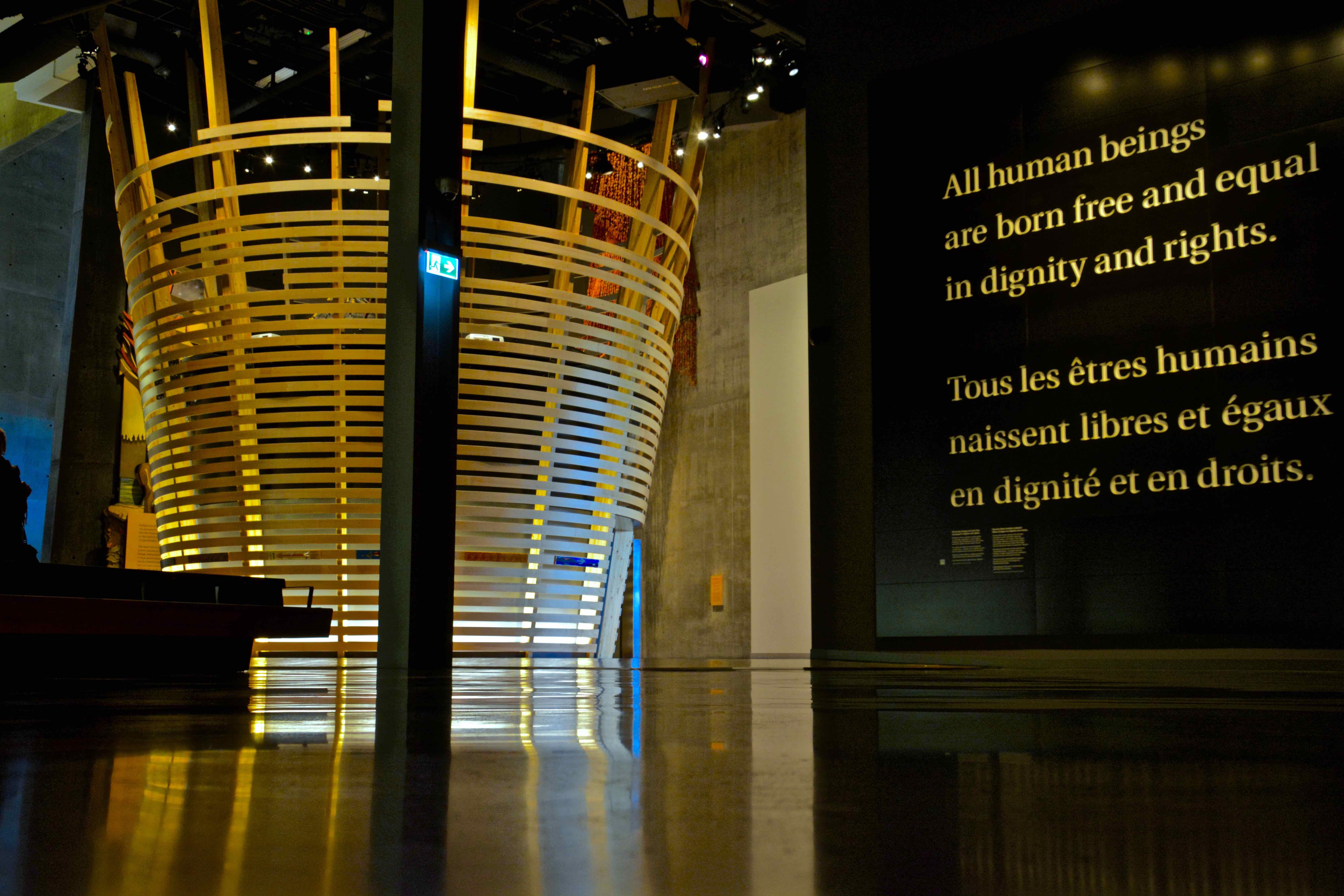 The Museum’s first exhibit answers “What are human rights?”

In 2015, the Truth and Reconciliation Commission (TRC) concluded that the colonization of indigenous people amounted to ‘cultural genocide.’ A CMHR release acknowledges these findings, and describes their commitment to “play a role in reconciliation through education… to explore the connection between genocide and colonization…we include the voices…of those taking steps to have Residential schools officially recognized as genocide…we can help to ensure that this conversation continues to grow.”

Still, the ‘Breaking the Silence’ gallery that aims to “explore the role of secrecy and denial in many atrocities around the world” does not include colonization or Residential schools among the five genocides that they recognize. Instead, they receive the designation of “mass atrocity.”

In resisting the word ‘genocide,’ CMHR pursues a conversation that TRC had already concluded. 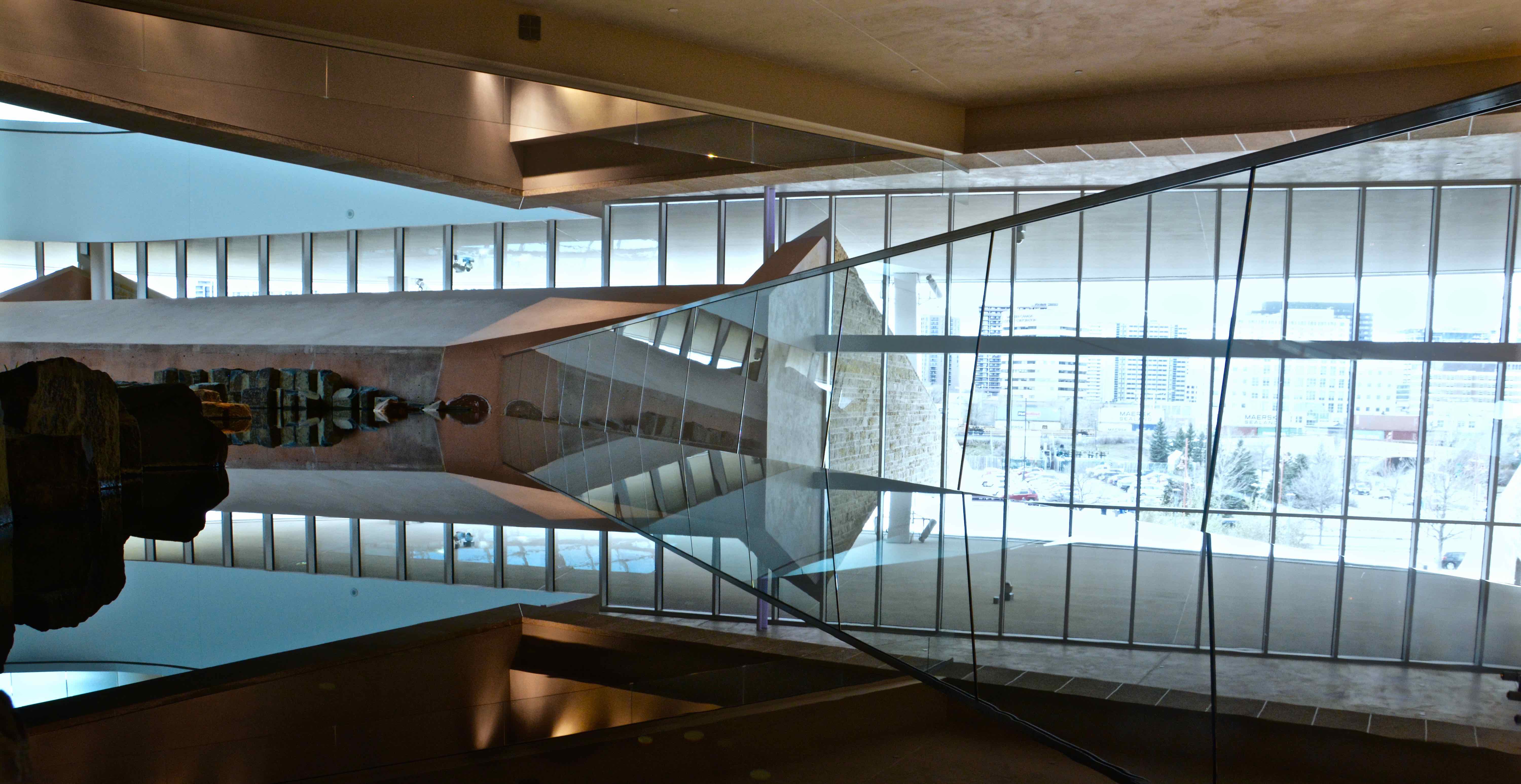 The Museum’s Garden of Contemplation