Can a cannabis reporter save the Winnipeg Free Press? 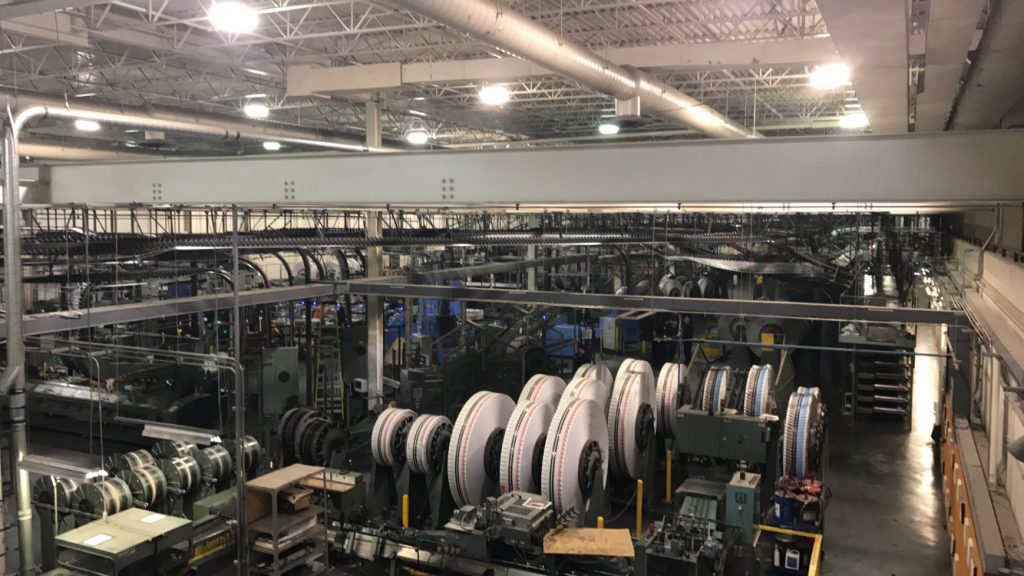 Adapting to the new media landscape has taken its toll on the Winnipeg Free Press. The newsroom is chilly and dim, the lights and heat casualties of the paper’s efforts to cut costs. More tellingly, several desks lay empty. Like many newspapers across the world, the Winnipeg Free Press’ print subscriptions have fallen, necessitating layoffs and requiring the remaining employees to perform a wider range of duties. To diffuse increased levels of stress around the office, the paper started a new policy allowing employees to bring a dog to work on Mondays and Fridays in exchange for a few dollars towards the Christmas cheer fund. 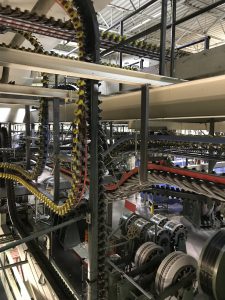 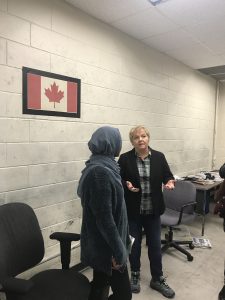 Carol Sanders explains how demand for print subscriptions has fallen

But despite these challenges, the paper has worked to adapt to its new circumstances. Digital subscriptions have been very successful, although not completely able to make up for the decrease in print ones. They’ve hired new health and cannabis reporters and started offering more community events like brunches for their digital subscribers. 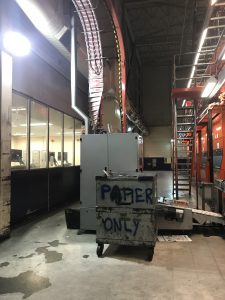 According to Winnipeg Free Press publisher Bob Cox, Winnipeg is “not a place that changes quickly.” Consequently, the city retains a significant number of “very good newspaper readers,” which have helped to keep the paper in business. Cox described Winnipeggers as politically middle of the road “rule-followers” who generally welcomed newcomers. He added that Winnipeggers, like most Canadians, defined their national identities in contrast to the U.S.. “The fundamental definition of a Canadian is not an American,” he said, noting that the first English-speaking Canadian settlers were loyalists who fled northward after the American Revolution. Cox added that Canadians like to think of themselves as being too nice, especially when compared to the increasingly abrasive tone of U.S. politics during and after the 2016 election. To illustrate Canadians’, and in particular, Canadian media’s somewhat smug disapproval of the Trump administration, he donned a red ballcap reading “Make CANSTAR [a community news network] Great Again” that one of his colleagues gave him. 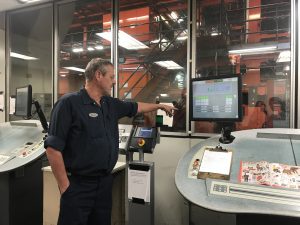 Greg Cullen explains that printing speeds have decreased from 75,000 copies and hour to around 35,000 copies an hour in accordance with lowered print subscriptions

The Aboriginal Peoples Television Network’s brightly lit offices, decorated in shiny blue plastic and light wood, provided a stark contrast to the Free Press’ bleaker facilities. However, like the Free Press, APTN is working to modernize to compensate falling cable subscriptions. The network has a strong social media presence and is in the process of creating video on demand and online news services. APTN is also hoping to draw greater numbers of Native American and U.S. viewers, who have no equivalent indigenous television network. 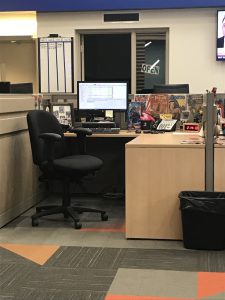 Comics featuring indigenous characters in a cubicle in the APTN newsroom

Karyn Pugliese, APTN’s Executive Director of News and Current affairs, said that the network gives voice to indigenous peoples’ stories and concerns in a way that more mainstream sources don’t. “We’re already ghettoized,” she said, “ We didn’t have a seat at the table, so we built our own table.” Pugliese added that some indigenous people — defined as Maitee, First Nation, or Inuit — refuse to respond to the Canadian census as a way of rejecting a citizenship “forced” upon them by settler colonialism.

Just as many Canadians define themselves as “not American,” many indigenous people emphasize “not Canadian” as a key part of maintaining their cultural identity.