I Go By Bill 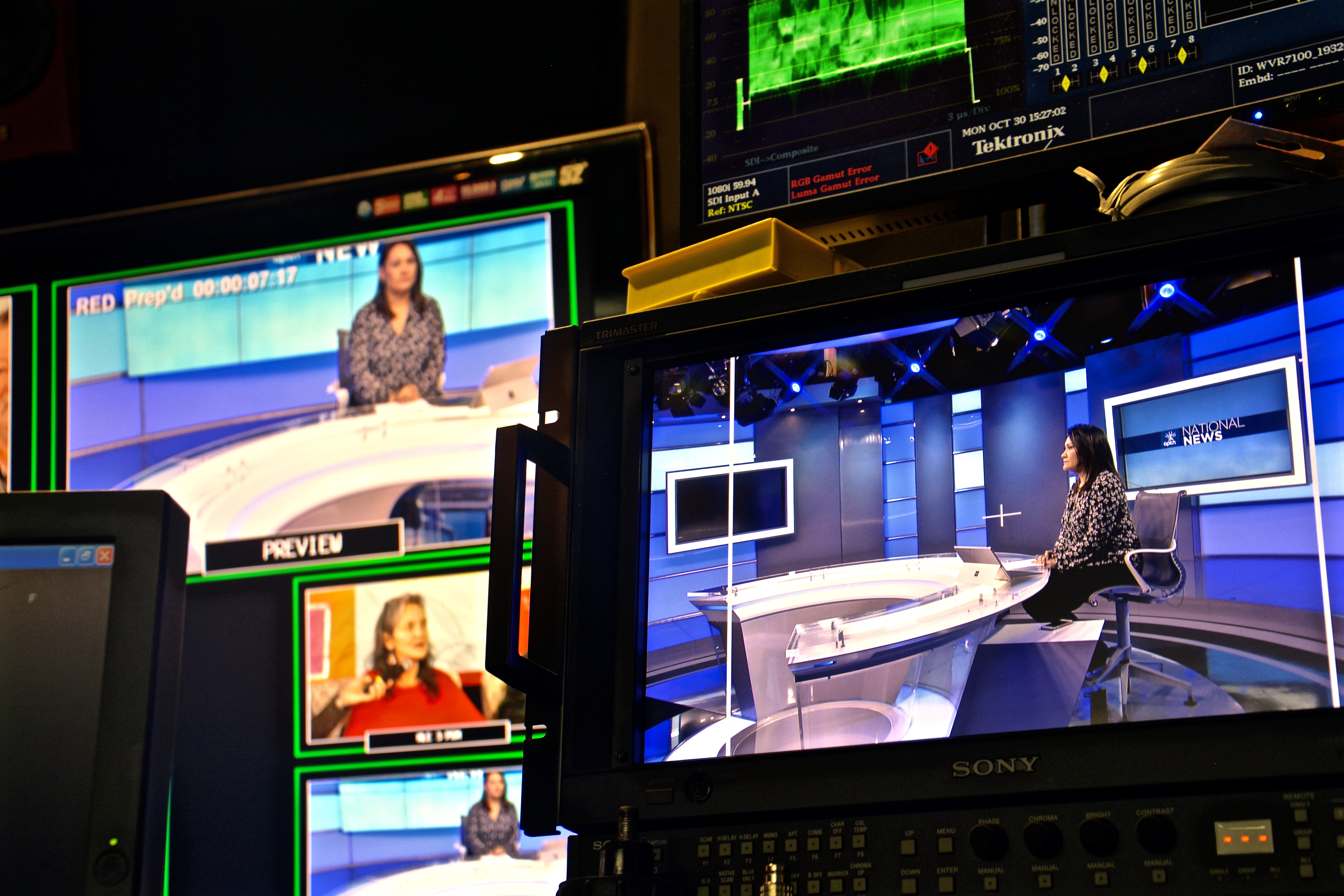 In the control room, the atmosphere is laid back. A dozen monitors blink in red and green light. Six-inch screens display the upcoming the news line-up: an indigenous cartoon, an interview of a tearful family, a cooking segment. Ten minutes before the show goes live, the camera pans close to the news anchor’s face. She seems not to notice as she shuffles through her notes and combs back a stray lock of her straight black hair. 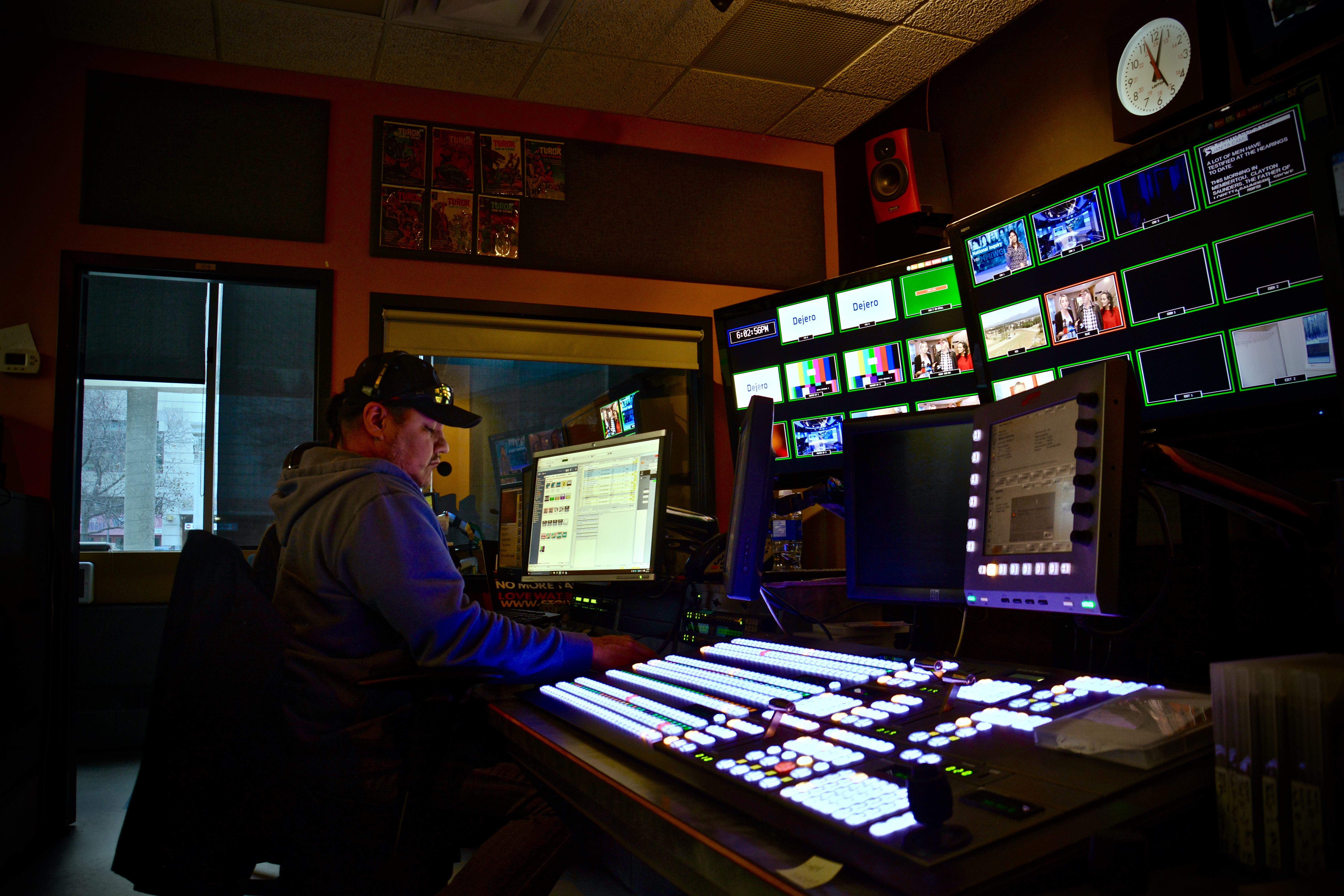 A production staffer putting together the news

Five minutes to air. In the control room, production staff highlights the prompter’s headlines. There’s a lot to cover today in the APTN news segment. The channel, established nationally in 1999 and headquartered in Winnipeg, airs and produces programs made by, and for, Indigenous peoples in Canada—and they are looking to penetrate the United States market, starting with Arizona. APTN was mandated into existence by the government in 1992, but aside from occasional purchases of ads, receives no federal funding. 95% of its revenue comes from cable subscriptions, while the remaining 5% is generated by ads. 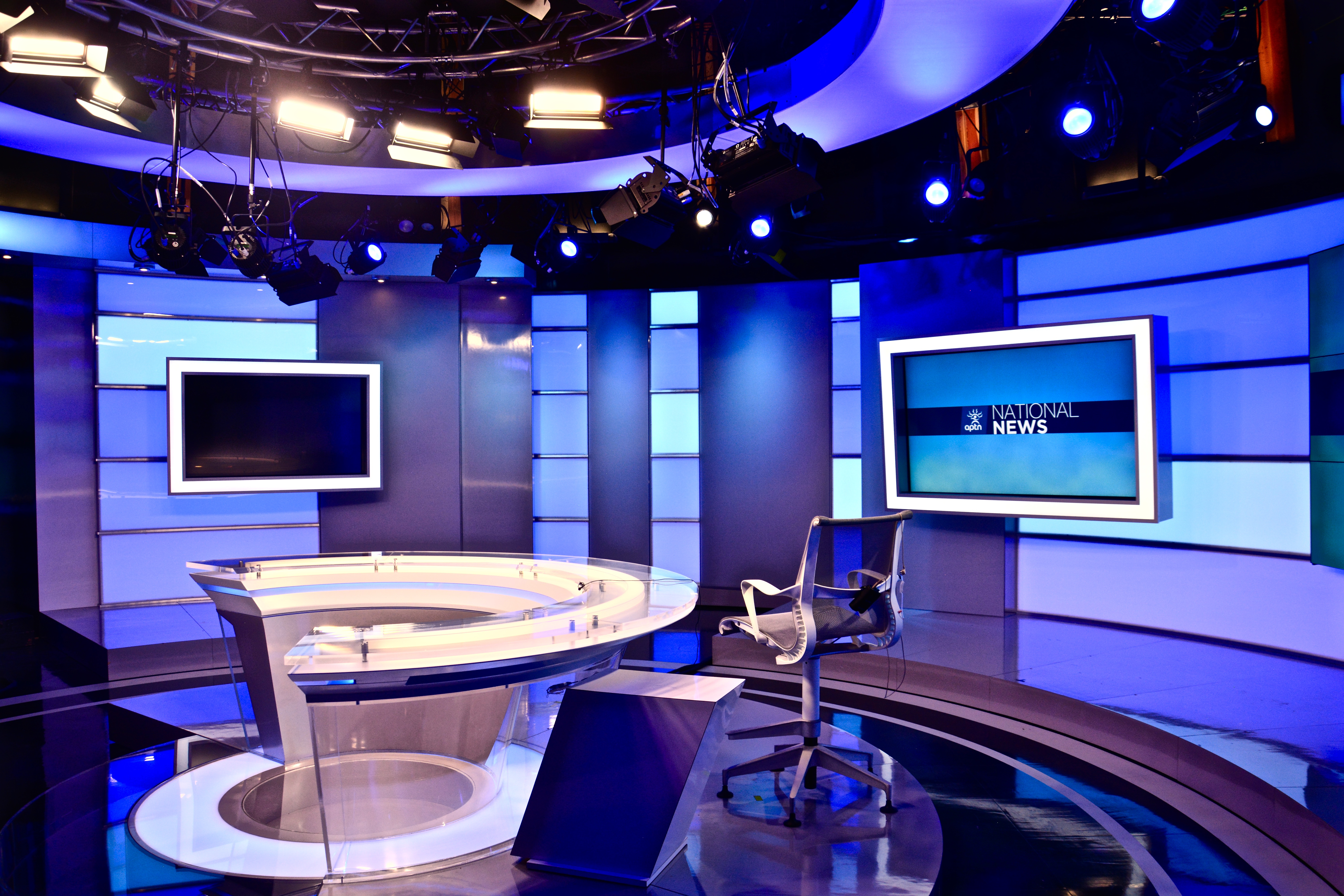 According to Karyn Pugliese, Executive Director of News and Current Affairs, ANTP finds a foothold in “news that others wouldn’t cover.” Indigenous people are slowly making their way into Canada’s mainstream consciousness, but are still severely underrepresented. “Cher was the only indigenous person I saw on TV,” says Pugliese. ANTP exists to promote indigenous voices, news and accomplishments. Some artists are becoming more popular, like the band ‘A Tribe Called Red,’ which Pugliese describes as “electronic pow wow.” Asked whether the network has a liberal bent, she laughs, “We have stock conservatives in the newsroom—I keep telling them not to tweet!”

Back in the control room, the news show is live, and the four members of the production staff alternate countdowns to air, to switch screens, and drum their fingers on the hundreds of lit-up buttons of their keyboards. During three-minute breaks for ads, they take questions.

“Do you give your children more traditional names?”

“Some of us do,” says one man, who wears a beaded lanyard with the picture of his daughter—who he named ‘Spring’ in his indigenous language.

“Some of us get two names at birth. Both my sister and I did?”

“And your English name?”

Bill tends to go by Bill—there are few occasions where his indigenous name applies.

The news show wraps up. The channel picks up its regularly scheduled program, and the monitors go black. The anchor steps out of the studio.

Bill exist the production room. The man with the lanyard waves him out. 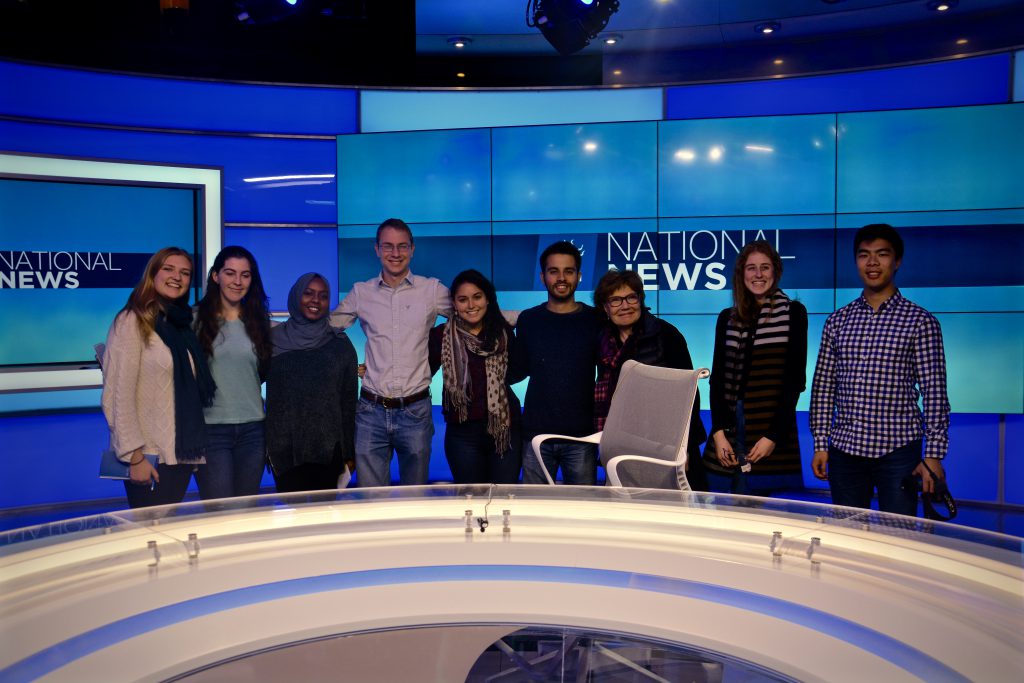