Brenlea Yamron, our server at “Nathan Detroit’s Deli,” was all too happy to tell us about her involvement with Operation Ezra, a Jewish resettlement project in Winnipeg, when she learned that we were in Winnipeg to learn about refugee resettlement. Juggling plates of eggs and cups of coffee, she gushed about her involvement as a member of an interfaith resettlement committee and the efforts to settle Yazidi refugees in Winnipeg. We came out of the conversation with a new contact and a potential new lead on a group to interview.

Brenlea’s display of hospitality very much played into our preexisting narrative of “Nice Canada,” or that of our northern neighbor that had opened its borders to refugees when the United States had taken a more hardline stance on immigration. “Canadians like to think of themselves as being too nice,” explained Bob Cox, the Publisher of the Winnipeg Free Press. Or, for that matter, reporters at the Aboriginal Peoples Television Network told us about the different First Nation groups that held welcoming ceremonies for incoming refugees. Later that evening, we shared some poutine with Red River College journalism students, who told us something to the same effect. But is Winnipeg truly that welcoming?

I briefly left our breakfast meeting to find a bathroom, and on the way over, I made eye contact with a woman sitting on a bench. She set down her coffee and pastry and proceeded to walk over to me and shout, “All of you Asians just need to leave me alone. Now would you kindly just go away?” I replied that I was just looking for a bathroom and beat a hasty retreat. At least she was polite about asking all of the Asians to leave.

Perhaps this woman had some kind of mental disability, which would partially excuse the display of racism, but it was still a shocking interaction to have immediately after discussing Operation Ezra with Brenlea. I’m not an immigrant myself, but I do wonder how people on the street would react to other Asian migrants, given that Winnipeg has a large Vietnamese and Filipino population. So much for “Nice Canada.”

My goal for our meetings tomorrow with different immigration officials is to get a better idea of how migrants are accepted in Winnipeg and other Canadian communities. If “Nice Canada” is illusory, then what? 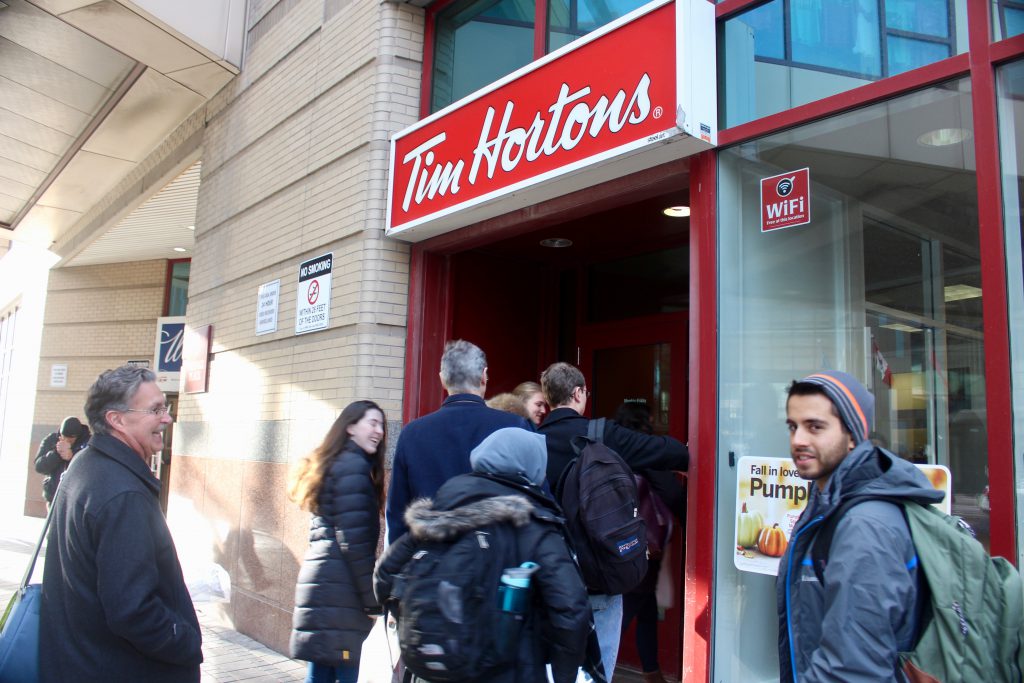 At least Winnipeg is nice enough to have Tim Hortons