For the purposes of this experiment, we will be using Gaussian Units, not SI (Système International) Units; there are several important distinctions between Gaussian and SI Units which helped us to make this decision.

What is a B-H curve? 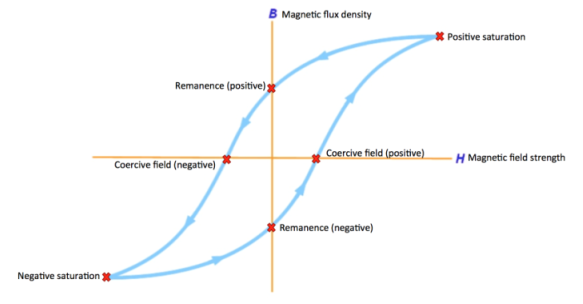 This graph is more specifically called a hysteresis loop because it consists of two magnetization curves that form a closed loop. There are two curves because we utilize an AC current source, so the magnetic field and flux density flip sign, which creates one positive and one negative curve.

B-H curves are useful in determining several important magnetic properties of a magnetic or magnetizable material.