The man and the sea

On this Friday, the sea lapping on the dock at the Skaramagas migrant camp is giving.

Al-Ajam’s green bucket is filled with more than a dozen fish. Tonight he will feast.

“The little ones are very delicious,” Al-Ajam said, referring to the silver fish, which are no longer than his index finger. “I fry them quickly with spices.”

The 59-year-old has been following this routine for the past four months, ever since authorities resettled his family in Germany without him. Mornings begin with black coffee, a hunk of bread and a handful of dried dates. By 9 a.m. Al-Ajam is down at the dock with his rod, bait, and bucket. At 6 p.m. he heads home. Fish or no fish.

Al-Ajam spent a year living in Skaramagas with his 25-year-old son, Mohammad; his 28-year-old daughter, Noor;  and her son. Since his family left, he lives alone in an apartment in the Athens neighborhood of Omonia, provided to him by the U.N. refugee agency. His wife died in Syria.

“I cook everything, wash everything, do everything,” he said. Back in Damascus, Al-Ajam was just an electrician, now he is a veritable jack-of-all-trades.

Sometimes children play with the discarded mussel shells at his feet, but Al-Ajam has mostly only the sea and his phone to keep him company.

Al-Ajam unzips the hooded sweater he is wearing to protect his bald head from the scorching sun. He pulls out the smartphone his son bought him before leaving to keep up with his family. 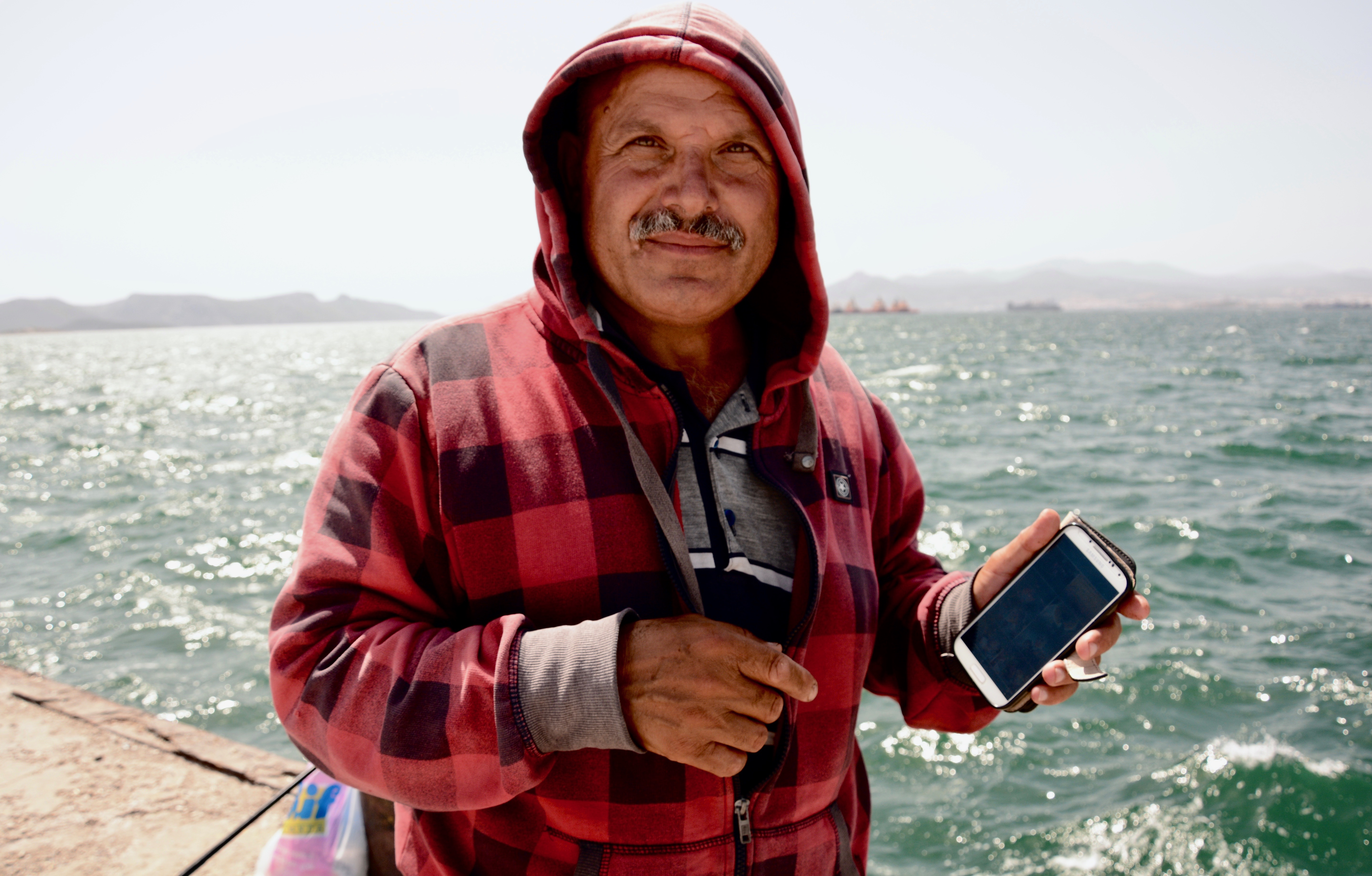 Marwan Al-Ajam with his smartphone at the dock at the edges of Skaramagas camp. Photo by Chiara Ficarelli

Cupping his hand over the screen to shield it from the glare of the light, he scrolls through pictures of his grandson. He just turned one. Al-Ajam is a proud grandfather who likes showing off how cute he is.

Although EU family reunification includes older people like Al-Ajam, it often focuses on minors and their parents. Grandparents find themselves waiting much longer to reunite with their families.

Like any good fisherman, Al-Ajam has patience. But the waiting game has lasted over a year. He cannot fish forever.