Images from the logistics planning trips

Photos and video by Joe Stephens

The Turkish Riviera near Izmir, looking toward the Greek island of Lesbos. Thousands of refugees have launched themselves toward a new life from the shores near this holiday beach.

ON THE GREEK ISLAND OF LESBOS: 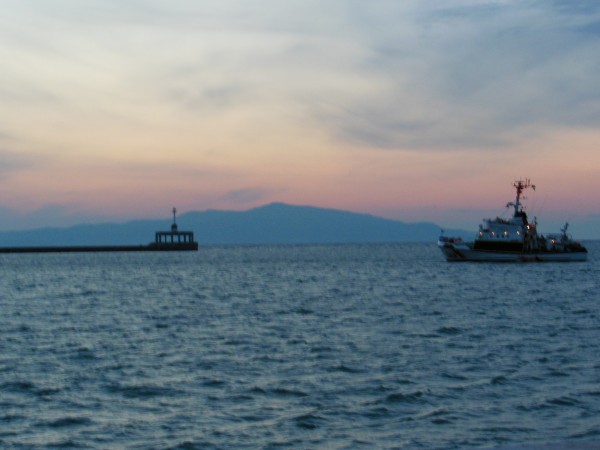 Several hundred refugees cast off westward from a Turkish beach under cloak of darkness on March 15, 2016. They were picked by a Greek patrol and delivered to this dock before sunrise on the Greek island of Lesbos. 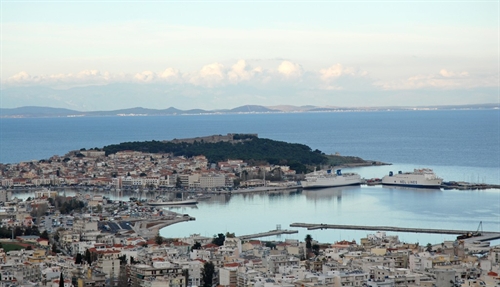 The port town of Mytilini, on the Greek Island of Lesbos, entry point to Europe for hundreds of thousands of refugees. Eight miles in the distance is the Turkish shoreline. (stock photo) 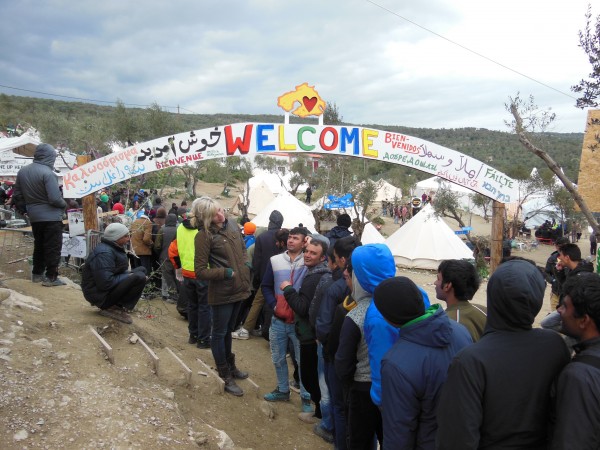 An hour-long food line at a refugee encampment outside the Greek town of Moria, Lesbos island, on March 16, 2016 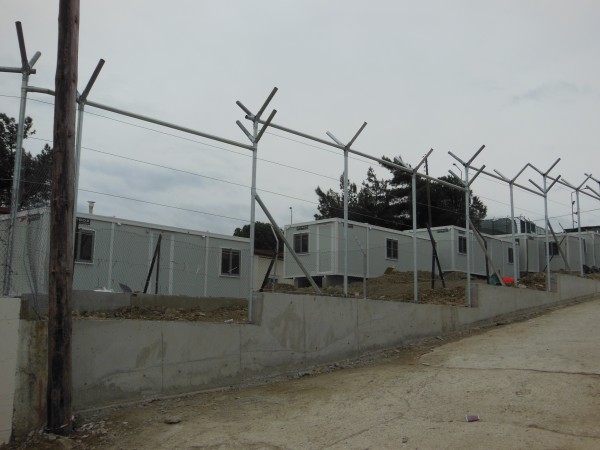 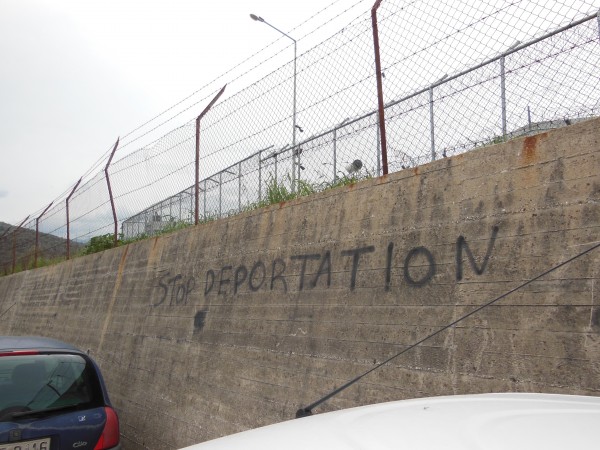 Detail of wall outside Moria refugee camp, Lesbos, Greece. The camp formerly served as a military base. March 2016.

IN THE GREEK CAPITAL OF ATHENS: 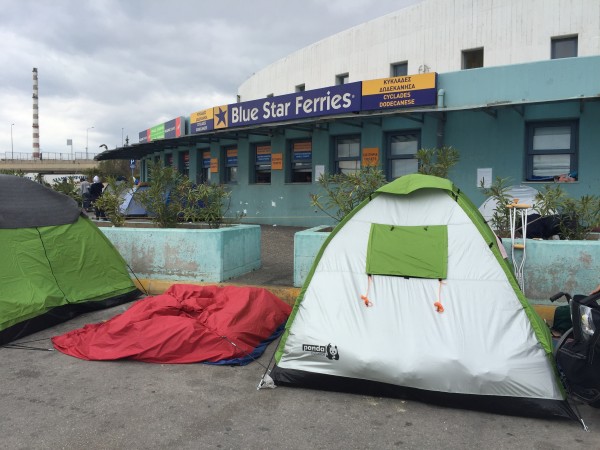 Refugees from Turkey, after making the 14-hour commercial ferry ride from the island of Lesbos to the capital of Athens, often did not  stray far. Hundreds of tents on the dock  formed an ad hoc city in the spring ( March 17, 2016) 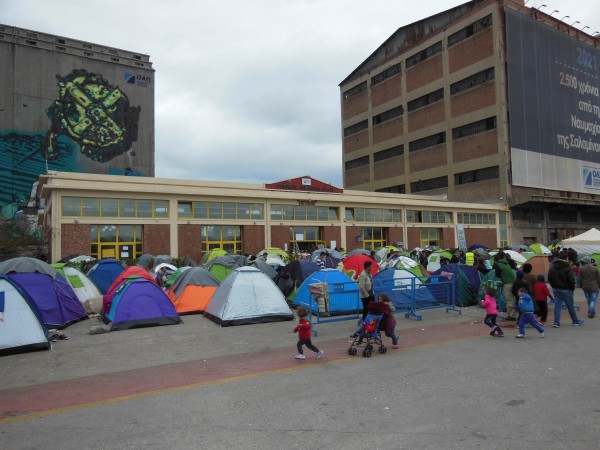 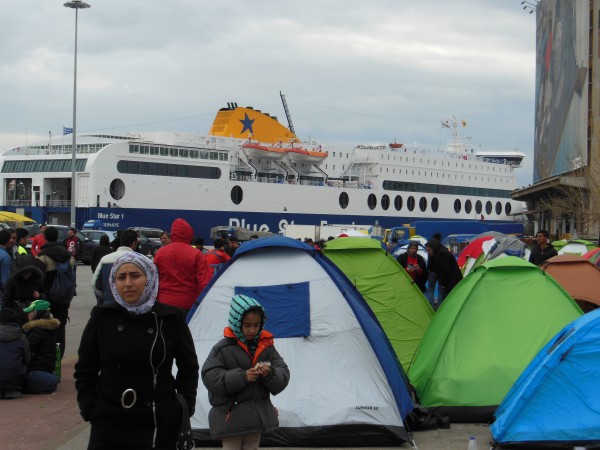 View of the tent city at Athen’s Port of Piraeus, an informal campground for refugees recently arrived by ferry from the island of Lesbos. (March 2016)

In a demonstration at the Athens Port of Piraeus, which has become home for thousands of refugees who live in tents and squat inside warehouses, recent arrivals chanted “Open the Border.” (March 17, 2016) 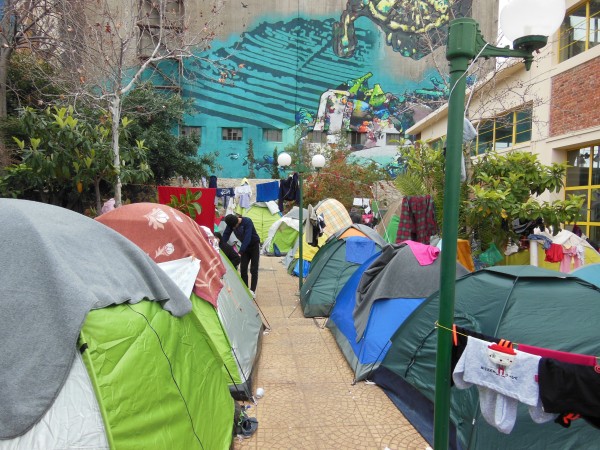 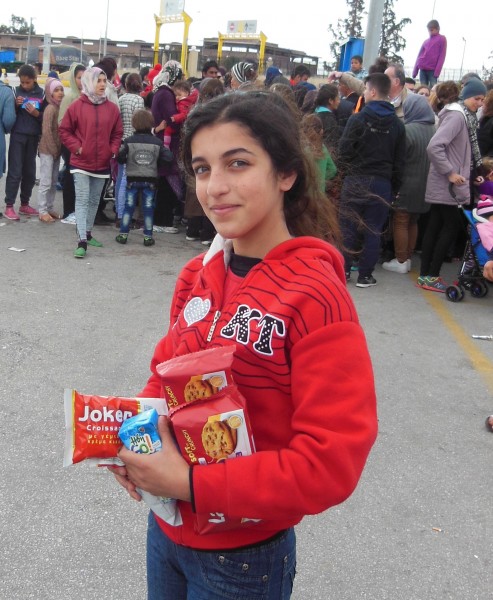 In the background, Arabic-speaking refugees vie for snacks tossed from a van by an informal network of Samaritans from central Athens. This girl, who spoke no English, scored her cookies and juice box early, and insisted on documenting her success in a photo. (March 18, 2016)

A pro-refugee demonstration on Omonoia Square in central Athens. This gathering included a heavy contingent of Greek anarchists, and Afghans with signs saying “Years of War” and “I am a Refugee.” Some European officials instead have classified Afghans as less-protected “economic migrants.” (March 19, 2016)