Skip to the content
From Haiti to Ferguson: The Global Black Freedom Struggle

In August of 2014, Michael Brown’s death at the hands of Ferguson police sparked a new wave of black activism known as the Black Lives Matter movement. Since then, Black Lives Matter has expanded rapidly, inspiring protests across the United States, including in cities like New York, Cleveland, and Baltimore. At the same time, Black Lives Matter has appeared as a popular topic of conversation in online chat rooms and political rallies in places as far away as Palestine and South Africa. The international resonance of Black Lives Matter, combined with the emergence of similar movements, such as Ocupação Preta in Brazil and the Rhodes Must Fall movement in South Africa, gives credence to the notion that this is indeed a global black freedom struggle.

This course provides a historical context for the recent surge in global black consciousness through surveying transnational black movements since slavery. Beginning with the Haitian Revolution, the first half of the course focuses on the process of racial formation and diasporic connections that helped to set the stage for the emergence of a global black freedom struggle in the twentieth century. Readings will introduce students to a range of events and institutions that saw African Americans engaged in dialogue with people of African descent across the diaspora, including on the critical issues related to emancipation, the rise of segregation, and religion. Among the central questions this course asks is: how was the “black world” conceived both in the imaginations of people of African descent and as a lived experience? Students will have an opportunity to answer this question, first, in a short essay due in week five, and, second, in a final project, “Accessing Freedom.” The latter project, described below, facilitates historical research engaging a variety of visual, audio, and textual medium, while pushing students to think creatively about how to communicate past experiences to diverse contemporary audiences.

Moving forward in time, the course shift gears from theorizing diaspora to more explicitly focusing on black social movements, which, among other things, sought to institutionalize much of what previous intellectuals and activists had vocalized regarding the interconnectedness of black people. Forged amidst the great upheavals of the early-to-mid twentieth century, including industrialization, improved travel and communications, and two world wars, the overlapping struggles for decolonization and civil rights involved millions of people across the globe. In addition to prominent black intellectuals like W.E.B. Du Bois and Malcolm X, students will consider the role played by more unconventional activists, including soldiers, businesspeople, and hip-hop artists. Thinking about the kinds of actors involved in movement building provides an opportunity for students to examine the breadth and limits of the global black freedom struggle. This question of immense potential and missed opportunities will take center stage during the final weeks of the course as students consider competing notions of the global and the movement as articulated by different black actors in the name of Black Power.  The course will conclude with a discussion concerning some of the legacies of the global black freedom struggle for the present moment, including Black Lives Matter. 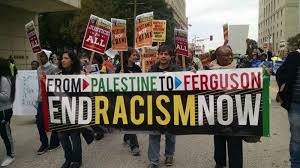