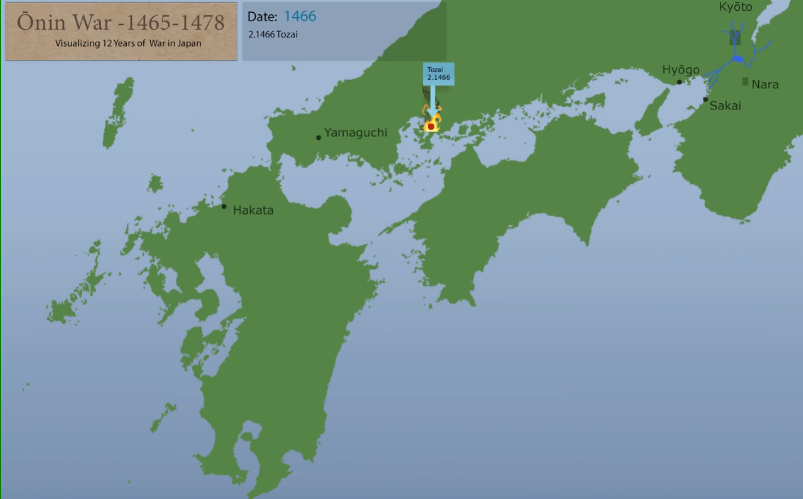 This website includes an animated video offering a new perspective on the Ōnin War. This war, which nominally lasted from 1467 through 1477, led to the destruction of Kyoto, Japan’s capital, and according to standard narratives, ushered in a century of conflict, Japan’s Warring States (Sengoku) era.