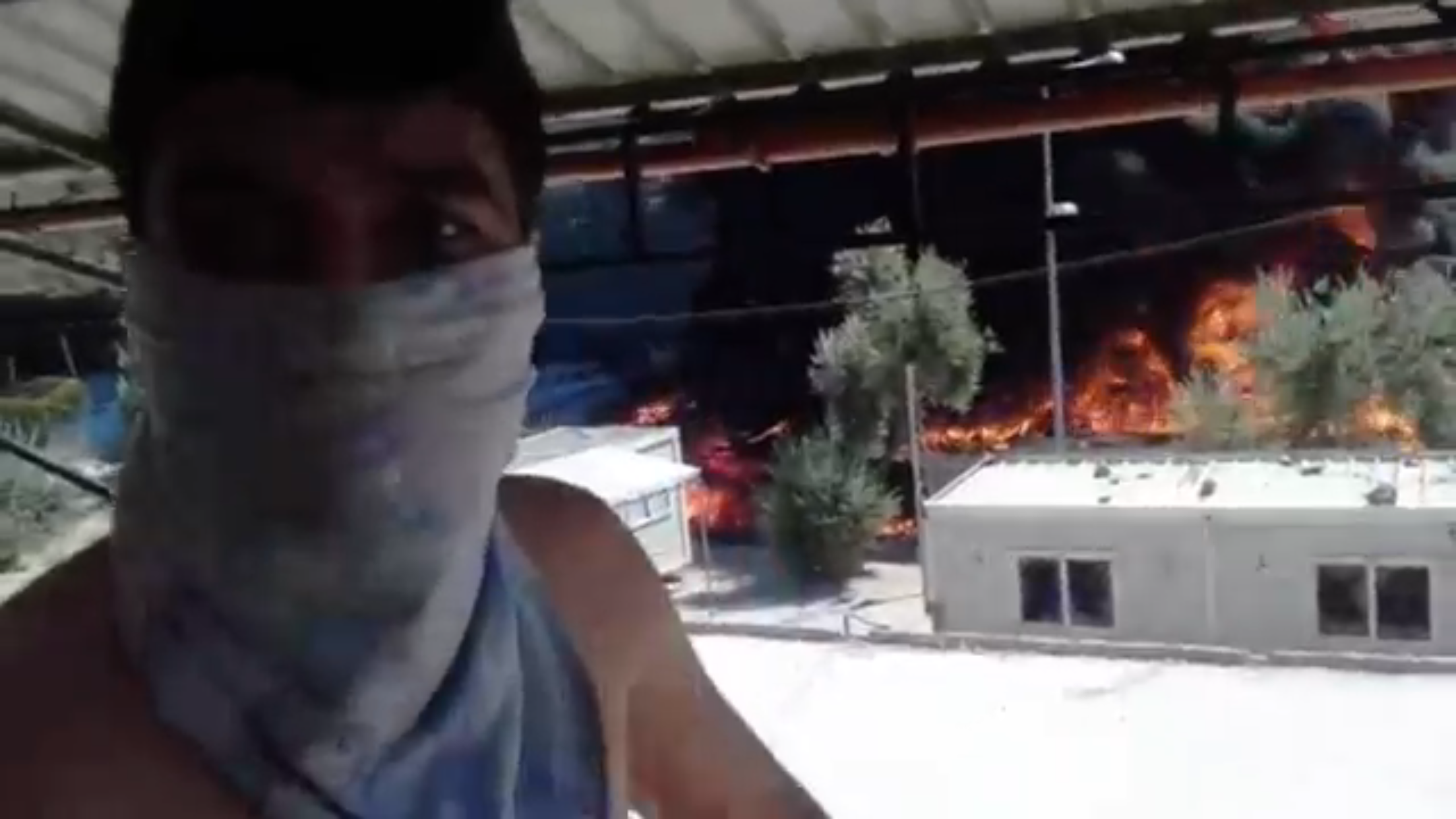 Image from inside Moria camp during disturbance taken by Ehsan Mansuri, an Iranian migrant and resident of Moria. Obtained by Talya Nevins

Princeton University journalists who were working outside the camp Monday afternoon heard explosions. Migrants could be seen in the distance hurling stones at metal housing  containers, and a column of black smoke billowed about 15 stories high, blocking the sun.

Videos and photos taken by migrants inside the camp, and obtained exclusively by the journalists on the scene, showed several structures were gutted. At least two persons were seen collapsing just outside the camp and were treated.

One migrant explained that tensions erupted between a group of migrants and the non-governmental organization Euro Relief. Others claimed that the riots were in line with previous disturbances at the camp, in which migrants protested against the dismal conditions and stagnant registration process. During interviews in the days preceding the event, camp residents complained about overcrowding, inedible food and violence within the camp.

“They burned the camp because (authorities)  don’t want to let people go,” Dandeen Matoko, a Congolese migrant who has lived in Moria for eight months, said in an interview while the disturbance continued on Monday. “They are keeping people here, we are not sleeping nicely, we are sleeping on the floor, other people are sleeping without covering themselves.

“They don’t give medication,” Matoko said. “Nothing at all. People are suffering. They are giving us dry rice. No meat, no soup. How can you survive? Back there it’s so difficult that we can’t really stand it. So people are so tired of this place, they don’t want to live.”

At one point, a squad of uniformed men bearing clear riot shields walked into the camp in formation. Fire trucks approached the gates of the camp, which is circled by coiled razor wire, but did not enter. One migrant collapsed outside the camp gate and others splashed her face with water. A man groaned on the ground before being carried away down a two-lane access road.

The camp houses more than 3,000 refugees, far beyond the capacity it was built to hold. There were no official reports of casualties in the incident.

Princeton journalists Alice Maiden,  Jack Lohmann, Ethan Sterenfeld, Chiara Ficarelli and Andie Ayala  contributed to this report. Video captured by Lohmann was published by permission by The Daily Mail of London, and can be viewed at http://www.dailymail.co.uk/video/news/video-1498615/Live-footage-shows-fire-Moria-refugee-camp-Lesbos-Greece.html

Look for more exclusive video soon at Reuters News and on the website of Greece’s most distinguished newspaper, Kathimerini, a news partner with The New York Times. Still images captured by our reporting team are available at http://commons.princeton.edu/globalreporting2017/scenes-from-moria-riot/