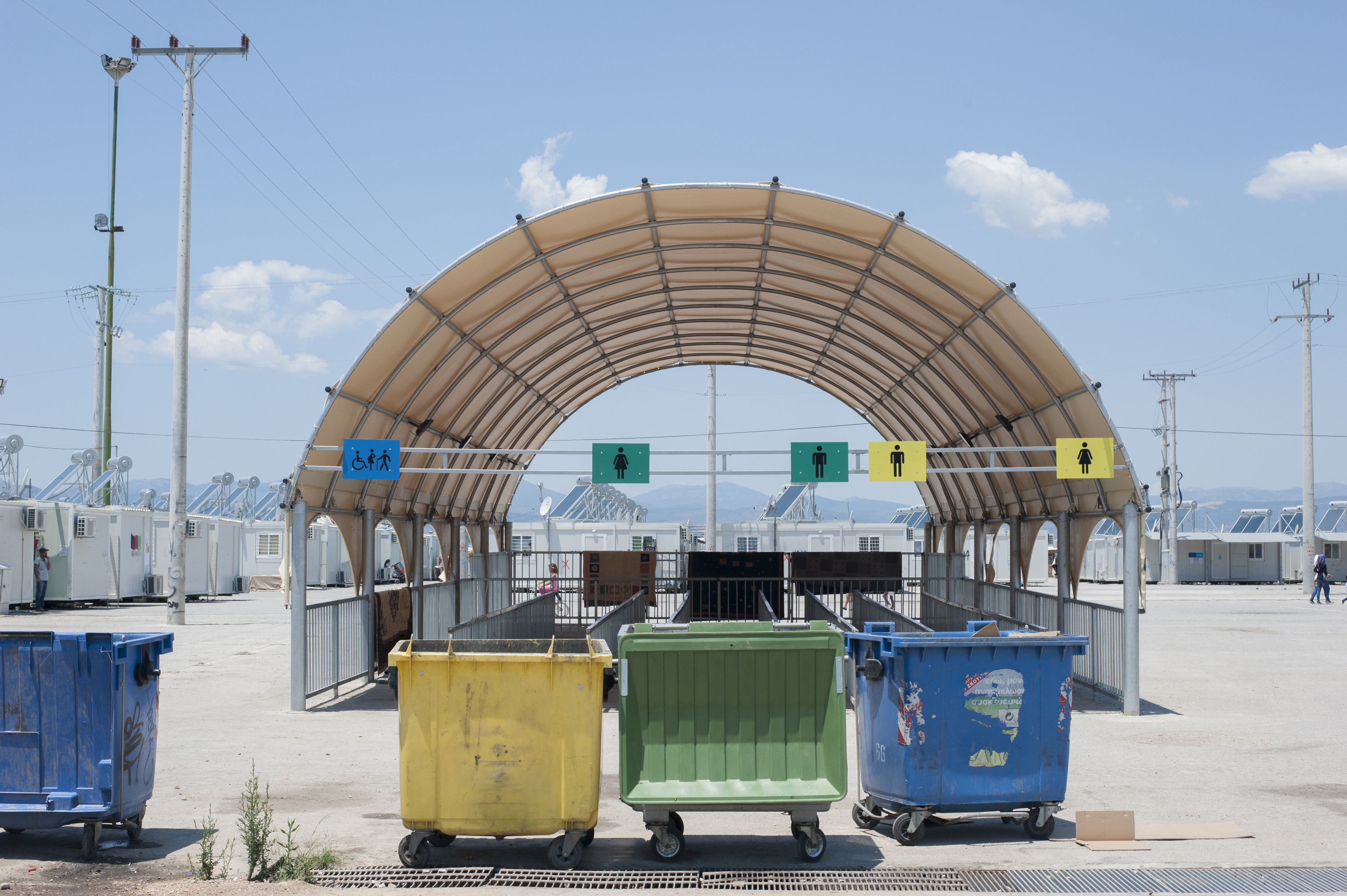 ATHENS, Greece — Dilshad Ali decided, after his first four months in the Skaramagas refugee camp, that his bed should be more comfortable. So on Thursday, the 37-year-old native of Mosul, Iraq, gathered cardboard boxes to support his mattress.

The camp, which is built on a gray concrete dock near the Greek capital, is home to about 3,000 migrants, mostly Syrians, Afghans, and Iraqis, Al Jazeera reported last December.

At Skaramagas and other Greek refugee camps, there is no longer an acute crisis of feeding, clothing and housing the migrants, who have their own beds in air-conditioned trailers. Systems have been developed in the two years since the crisis erupted to support the roughly 60,000 refugees that the International Rescue Committee says live in Greece.

Faced with uncertain prospects and often held for longer than a year in what were originally designed to be temporary stops, some refugees have adopted routines that would normally be found in permanent neighborhoods.

Two Afghan men in the Schisto refugee camp, 2.5 miles down the road from Skaramagas, proudly displayed gardens of tomatoes and sunflowers that they maintain in front of their trailers.

Wet clothes hung on fences and railings around Schisto. A baby’s cradle sat next to a trailer. A chocolate brown dog lounged on the steps of the squat, nondescript main office. Flags from Greece, the United Nations and the European Union fluttered above the entrance to the former army base. 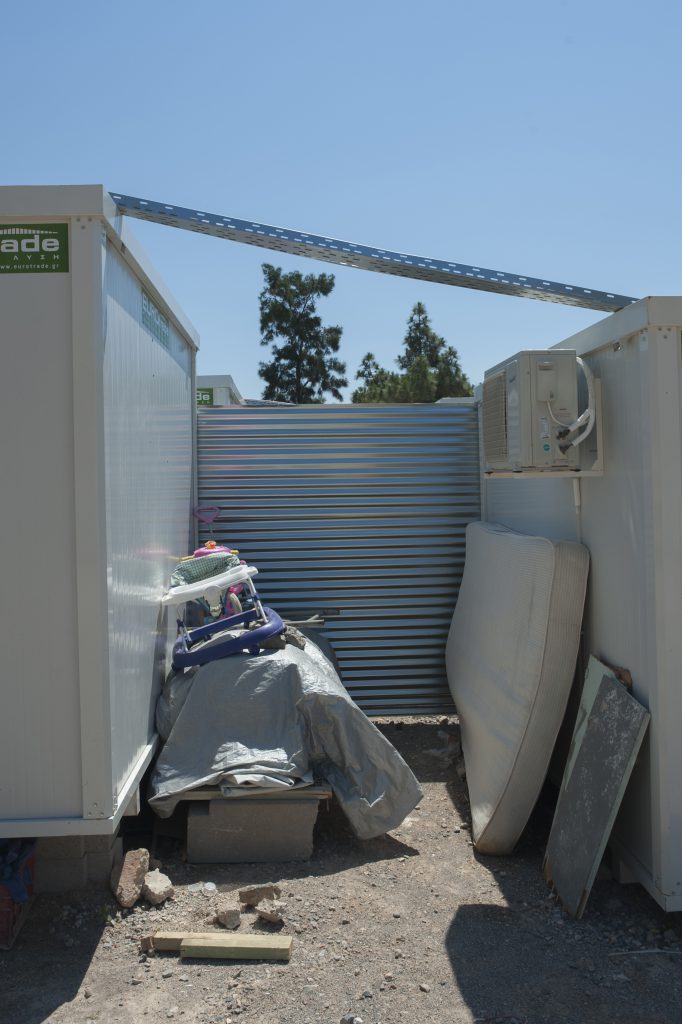 Castaway supplies next to a refugee’s trailer in Schisto refugee camp.

Nobody knows when the camp might close, but it is not expected anytime soon. Camp administrator Kostas Asinakopoulou said that there is no timeline for when or how the migrants might leave Schisto and be integrated into Greece or another European country.

Even when migrants gain legal status and can leave the camp, they sometimes attempt to stay, Asinakopoulou said. Refugees struggle to find jobs in Greece, which has suffered through an economic crisis for years.

Greece’s unemployment rate, the highest in the European Union, is 23.2 percent, the European Commission reported in April.

“The whole point of hiring a foreigner is to save money on wages,” Asinakopoulou said. He said that refugees often must work for a fraction of what a Greek citizen might make, and that he has heard of mistreatment by employers.

Back in Skaramagas, an elderly man from Damascus, Syria, was fishing off a dock —not to feed himself, but to pass the time. He cut off a chunk of fish to use as bait and dipped his fishing line into the turquoise waters of the Aegean Sea, which washes along the edge of the camp.

He said he  comes to the edge of the water every day in the early afternoon. On this Thursday, nothing was biting.

“No fish today,” he said with a shrug, handing the rod to his granddaughter, Sara. He would come back the next day, when he needed an activity to pass the hours, days, and months of waiting, and try again.